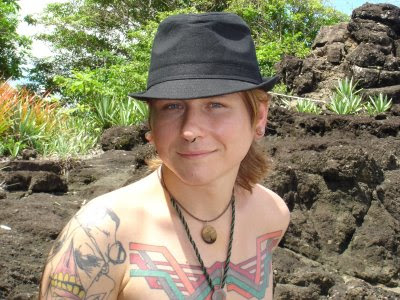 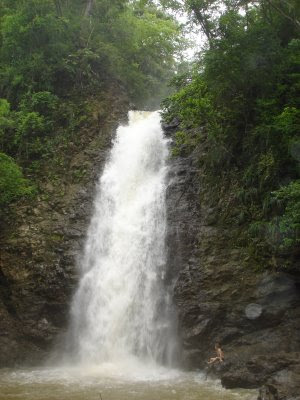 Swimming in a waterfall in Montezuma. 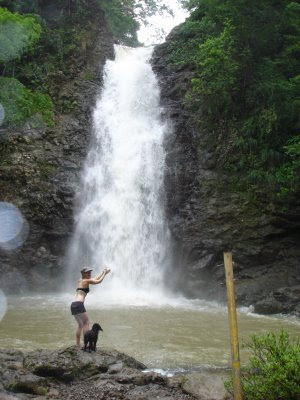 Susan and the aptly named Mr. C (the dog) attempting to tackle the waterfall. 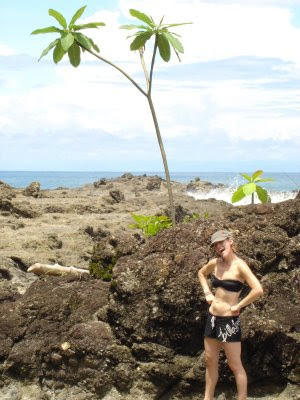 Trees growing out of rocks, what will they think of next? 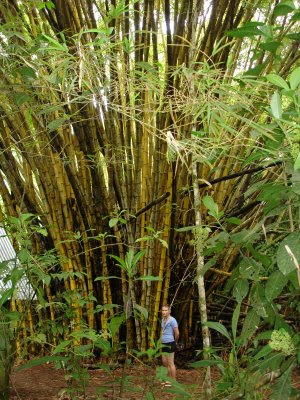 Yes, that is bamboo. It's much taller than you can see. My question is where are all the damn pandas? 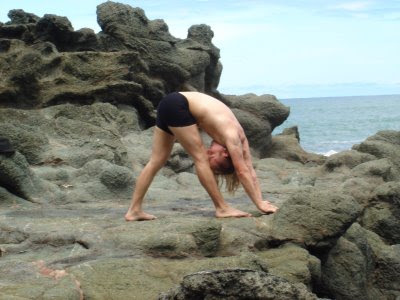 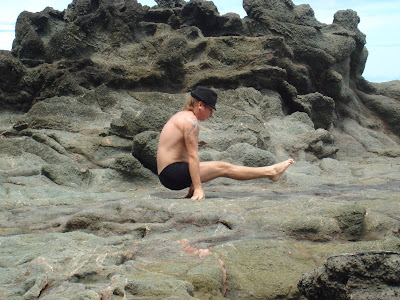 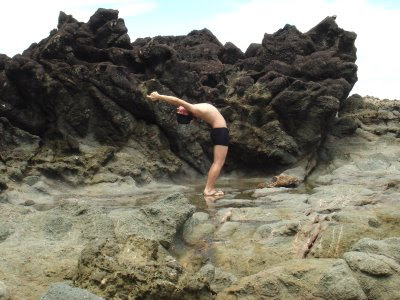 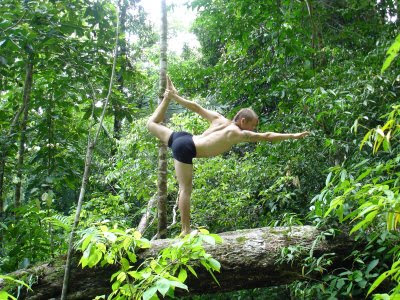 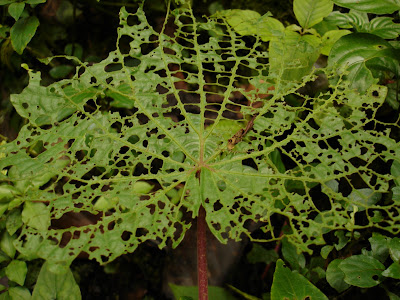 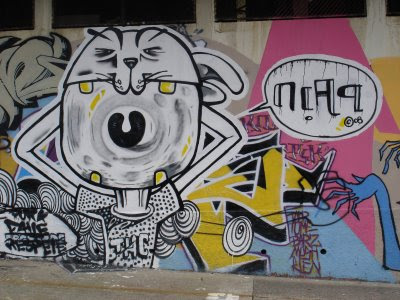 Some fresh graffiti right outside the studio in San Pedro.

Well, this is my last week of doing karma yoga in Costa Rica. I have enjoyed my time here and it has been challenging teaching in Spanish and trying to learn the language. The hardest part is answering the phones. People talk a million miles an hour and don't seem to understand the need to slow down to somebody who obviously can't hear very well. I wish I had increased my Spanish skills, but the language is damn difficult! Actually, there is so much slang here that even when I can pick out words that I know, I still don't understand a lot of the language. I am going back to San Diego and am going to be teaching there for a while and see what other opportunities arise.
Posted by Chester Schambleton at 11:30 AM